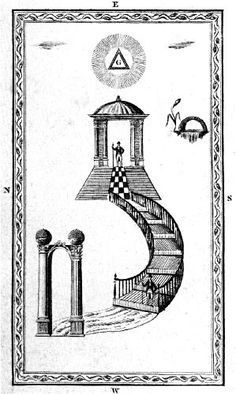 Texas Lodge no. 46 was opened on the 2nd Degree of Masonry, at 10:06AM on October 29th 2022. Worshipful Kevin Herrick PM sat in the East, Richard Bartlett PM sat in the West, and Ray E. Hill IV PM sat in the South. Brother Matthew LeBaron our Senior Deacon placed the working tools upon the 611th page of our Bible, Solomons Prayer.

Other chairs throughout the Lodge were filled by Brethren whose names appear in the Tyler’s register. This Lodge was opened for the purpose of conferring the 2nd degree of masonry upon Scott Sorensen and James Caldwell.

At 10:40AM a noise was heard outside the door. It turned out to be Brother Scott Sorensen. A bit later at 11:35, another noise was heard, and it turned out to be Brother James Caldwell desiring admission. At 12:3opm both newly obligated brothers desired re-admission to a Lodge of Fellowcraft Masons, and Worshipful Brother Robert Robbins PM delivered a masterful lecture on Arts, Science, and Ancient Orders of Architecture, assisted by a antique floor cloth. 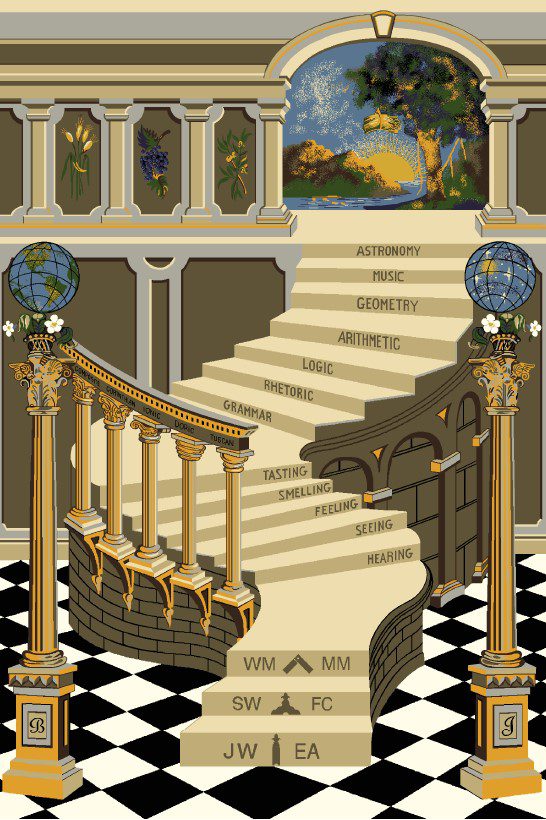 Worshipful Brother Richard Bartlett delivered the newly obligated brethren their charge.  All this fanfare was made particularly special by the witness of, the aforementioned special visitors.

On this special day his Brothers of Texas Lodge no.46 celebrated his achievement of being a Mason for 35 years.  The Lodge was raised, and a battery of 3 by 3 rung through the halls of Texas Lodge, in recognition of this very special moment in time. 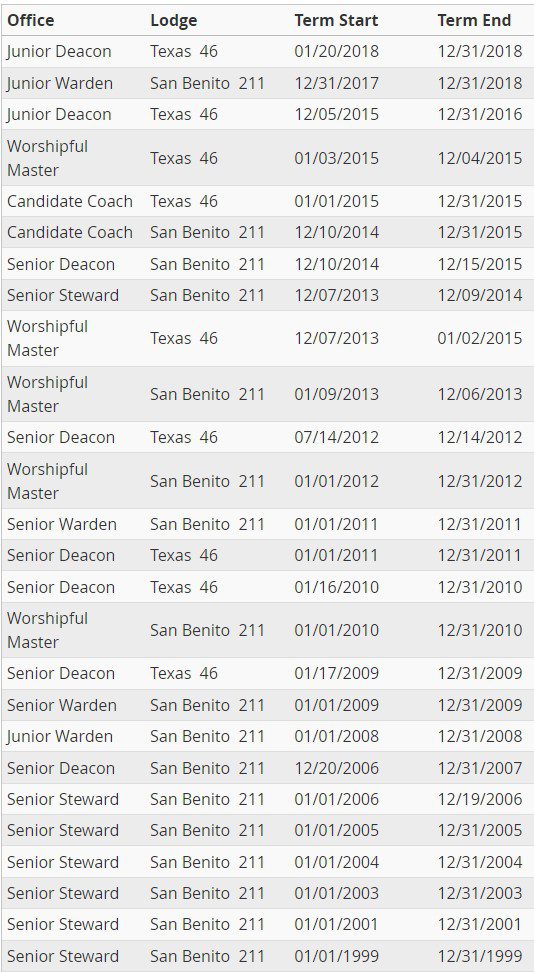 The Master presented him with a special 35 year pin, fashioned by a Doctor moonlighting as a frontier jeweler in the Salon, just moments earlier. This specimen of gold and blue enamel made reference to the German symbol of the craft, the little blue flower known as the “Forget Me Not”. The “Vergisse mich nicht” for those who speak German. 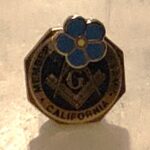 Worshipful Brother Hans was born in Germany, back in 1931. He offered us some fascinating perspectives of growing up under Der Fuhrer. As you may know, approximately 200K Masons were persecuted in Nazi Germany when Hans was becoming a young man. The aforementioned little blue flower became known as a clandestine symbol of recognition among Brothers of the craft.

The Secretary, Brother Loren McKechnie then presented each Brother in attendance a “Vergisse mich nicht” pin of their own, by which to remember this special occasion.

The Secretary said a few words regarding the history of this emblem, it being brought to the USA by Worshipful Brother Theodore Vogel Grand Master of Germany to an event in Washington DC in 1948. The Secretary has published some differing opinion’s upon the  etymology of the Legend of the “little blue flower pin” and how it came to be a symbol of Masonry in Germany. Feel free to explore further, on the website.

During the preceding events at precisely 11AM as Brother Scott Sorensen was demonstrating his newly acquired building skills to the Lodge officers, the Great Architect of the Universe called for Worshipful Brother Thomas Immermann PM to set down his earthly working tools. 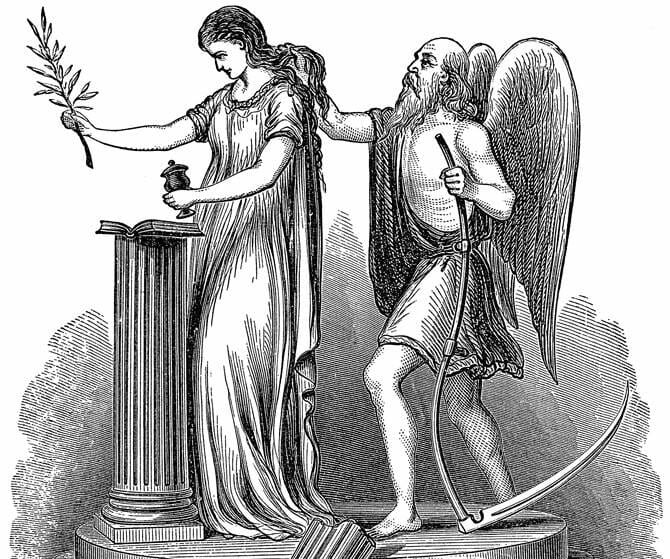 Brother Jim Riley said a few words about our Brother Tom, who resides at the Masonic Home in Union City, and had recently been transferred to hospice care.  The Secretary made this announcement and reminded the Brethren about how we travel on the level of time. The Master called up the lodge, and a minute of silence was observed for our departed Brother.

Where is my dues card? How to pay your dues

In 2020 the Grand Lodge of California changed the way in which we pay our dues and what a “dues cards” is. (its digital, not a physical card anymore) Here are the facts you need to know. Dues Cards: All Freemasons in California must have an iMember 2.0 account. Dues cards are now signed by […]

he December 10th stated meeting of Texas Lodge no. 46 Free & Accepted Masons of California was opened upon the first degree of Masonry in San Juan Bautista California, to conduct regular business, and the installation of 2023 Officers. This Lodge of  Masons opened at 10:00am with Worshipful Brother Raymond E. Hill IV PM in […]

Texas-46 January, 2023 Greetings Brother Texan, Thank you for your trust in affording me the distinguished honor of being elected Master of Texas-46.  I am honored to join the distinguished company of all previous masters of this acclaimed and notorious lodge, under whose leadership we have gained a reputation and the attention of Masons and […]

In the December 2022 issue of the California Freemason magazine, Texas Lodge no.46 is featured in the “Small Town Masonry” article. For a building tour click here: Download Building Tour Excerpts: “Kevin Herrick, the assistant lodge secretary at Texas № 46, in San Juan Bautista, puts it plainly. “Our purpose as a lodge is […]

Eve Mata and Christina Leon, who administer the H.O.M.E. Resource Center in Hollister, California, receive fundraiser proceeds from representatives of Texas Lodge #46, in support of their local shelter and food provision programs. On November 12, 2022 Texas Lodge held a fundraiser to benefit local youth and homeless programs. Texas Lodge, like all California Masonic […]

he November 12th stated meeting of Texas Lodge no. 46 Free & Accepted Masons of California was opened upon the 623rd page of our Bible in San Juan Bautista California. This Lodge of E.A. Masons opened at 10:16AM with Worshipful Brother Raymond E. Hill IV PM in the East,  Brother Damir Hermann PM in the […]