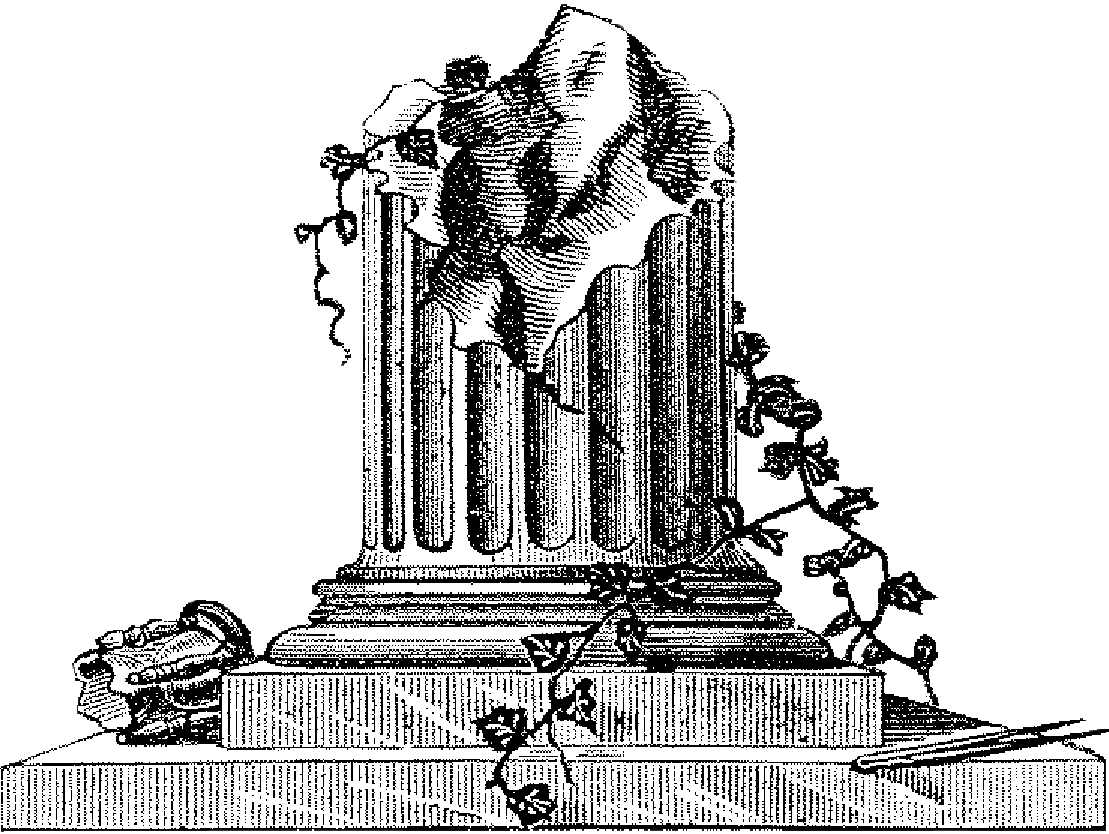 The Stated Meeting of February, was held via Zoom, on Saturday the 13th at 10AM. With all Brethren in attendance confirmed to be Masons, the Lodge was opened at 10:05AM. The Master Lead the Brethren in the Pledge of Allegiance to the flag, of our great nation.

Reading of the Previous Meeting Minutes:

The minutes of the Virtual Stated Meeting of January, were approved as read.

A bill for the Past Master Apron, Case and Gold Card were presented from Los Angeles Fraternal Supply Co. in the amount of $401.65 A motion to pay our bills was made, and seconded. We resolved to pay our bills, and the Secretary and Treasurer were so advised. No other Bills were received, or presented for consideration

There were no applications for affiliation, or degrees. Upon the topic of Applications and the “withdraw thereof” a discussion was held on the EA Brother Garrett Wright, who has moved to Prescott AZ, and has desires to continue is earthly work under the  jurisdiction of the Grand Lodge of Arizona. Our Secretary expounded upon the discussions he has had with our Worshipful Inspector, and the Secretary of the Aztlan Lodge No.1 in which he desires admission.

The pertinent facts remain; Brother Wright has no immediate intention to return to CA, he desires not to hold dual membership in two states, Arizona Lodges do not consider EA’s members of the lodge, and do not charge them dues. Brother George, the Secretary of that Lodge, generously offered the idea, that courtesy work might be requested via our Grand Lodges, in the occasion that Brother Wright could continue his work, and become a Master Mason within the year, he could remain a California EA, until he became a Master Mason within Aztlan Lodge No.1 of Arizona.

Our Worshipful Officers Coach David Dreisbach commented, it would be more simple and clean, if Bro. Wright were to “With-Draw is application from Texas Lodge” and simply apply to Aztlan Lodge. This was also the recommendation of our Secretary. It was decided by a vote of the brethren, that we support and confirm such a withdraw, if that is the process the Grand Lodge of California wishes to pursue, after being consulted.

Masonic Widows Month: The Worshipful Master Jeff Strouse informed his Lodge, that February is Masonic Widows Month, and as such, he had reached out by post, to each of our 15 widows. His letter offered warm words, and requested they make contact with the Master for a more personable interaction and to confirm contact information in our database. At the time, he has made phone contact with 2 of them, with more expected in the near future.

Installation of our Jr. Warden: Our Worshipful Brother Richard Bartlett was installed as Jr. Warden on this 13th day of February, previously being absent from the January special installation meeting.

Ladies of Oriental Shrine Visit: Brother Heimsoth informed us of a potential visit from the Ladies of the Oriental Shrine, whose National meeting is schedules to occur in September of this year. Should the meeting not be “canceled” due to Corona Virus Concerns or Further Lockdowns, we might expect to extend our hospitality to the Ladies, on Friday September 17th. This is noted on our calendar, with attendance numbers to be confirmed.

Annual Secretary Report: The Secretary provided and read the Annual report for the 2020 year. With a few comments on the challenges the new Grand Lodge System for accepting payment of dues, has been creating, as a few 2021 dues payments were accounted for being received in November of 2020, for the 2021 year. The report and details can be found in the Minutes Book, but summary is as follows. 61 Members total, 0 Gains, and 4 Losses for the 2020 year.

Membership consists of 8 EA’s and 50 Master Masons, with only 2 members dues remitted, as they reside in the Masonic Home in Freemont. It was moved & seconded  and thus the report was accepted by the Brethren.

Hall Association Annual Report: Brother Lebaron gave a detailed summary of the Hall Association annual report. I will spare the details here, but one item of note, consisting of the predominant expense of the balance sheet is our building insurance, which was $2,632 for the year. It was moved & seconded  and thus the report was accepted by the Brethren. Later discussion on this insurance topic, outlined the form which our insurance provider Marsh Insurance requires be filed each year by April 1st, to update the Building Value and replacement property insurance limits.

Previous coverages were – $450K building, $50k Contents and $1,500 rental income. Current building limits are – $800K, $100K, $6,600 respectively. There was discussion of possibly increasing the building replacement cost coverage, to be discussed in the February 20th Hall Association Meeting @ 10AM.

Hall Association Audit Report: Brother Densem offered an update on his incredible labors regarding our tax and filing situation with the State of California, and his collaboration with the Grand Lodge of California. He expects our form 199N and 90N to be filed by the April 15th deadline by Grand Lodge, and will follow up to insure this is completed. The topic of improvements to the building and the budget therefore was also addressed, and that this should be considered by the Hall Association. This topic was deferred to a Hall Association meeting that will occur February 20th, at 10AM. It was moved & seconded and thus the report was accepted by the Brethren.

Lodge Budget Amendment: The Worshipful Master Jeff Strouse offered a refinement to the previously accepted budget. The items amended were the approximately $3K which was removed for the Master/Wardens and Treasurer/Secretary Retreats, those being held virtually this year, at no cost.

Has any Brother, anything for the benefit of Masonry? 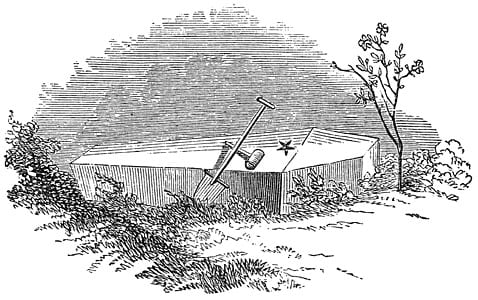 Worshipful David Driesbach offered some incredibly sad new regarding the loss of an amazingly dedicated brother.

On December 17th 2020, The roll of the workmen has been called, and one Master Mason, Brother Hershel Amos 33°, has not answered to his name. He has laid down the working tools of life and with them has left that mortal part for which he no longer has use. His labors have taught him to divest his heart and conscience of the vices and superfluity of life, thereby fitting his mind as a living stone for that spiritual building, that house not made with hands, eternal in the heavens. Strengthened in his labors here by faith in God, and confident of expectation of immortality, he has been granted admission to the Celestial Lodge above. His Brethren mourn the passing of a great man and Mason.

Another bit of bad news was also reported. A discreet update of a health condition diagnosis, regarding Brother Randy D. who many may know, but who is not a brother of this lodge. If you know him, please reach out with Brotherly Love. His diagnosis suggests we must treasure his incredible talents and work, both here and now in the coming years.

The Stated Meeting of January, was held via Zoom, on Saturday the 9th at 10AM, recent and fresh in its technology, but as it has been done since 1854. With all Brethren in attendance confirmed to be Masons, the Lodge was opened at 10:09AM. The Master Lead the Brethren in the Pledge of Allegiance to […]

On the 2nd of January 6021 Anno Lucis at, the officers of Texas Lodge no.46 were Virtually Installed into their respective offices via a Zoom meeting. The Virtual Special meeting was opened on the First Degree of Masonry, at 5pm. As the Brethren and guests peaceably shuffled into the Virtual house of the Fraternity, it was […]

The Stated Meeting of November was held on Saturday the 14th, at 10AM as it has been done, since 1854, but this time it was unique and a first for the Lodge. At the recently completed 171st Annual Communication of the Grand Lodge of California, the Masonic Code was amended to allow for virtual (online) […]

How and where did the American Revolution get its start? In the “Freemason’s Arms” Pub, which was previously been known as the “Green Dragon Tavern”. The inscription on the painting above reads: “Where we met to Plan the Consignment of a few Shipments of Tea, 1775.” If you want to learn more, enjoy this Online […]

Dear Brothers, I would like to share with you the Masonic Speaker Series. The Masons of California have launched an exciting new live, digital Masonic Speakers Series featuring enlightening lectures on a range of topics. See the entire lineup today—or, if you’ve missed one, catch up on past lectures below. To view, click the ‘Watch Now’ button […]

Update from our Worshipful Inspector

From: BJ McCuiston, Inspector 353rd Masonic District Slainte Mhath Bhràithrean, (good health Brethren) Wishing Y’all Peace, good health and happiness during this 2nd Half of 2020.  May the Grand Artificer guide and protect us all. Happy American Independence Day July 4th.  Soon all Lodges will be receiving a template for preparedness from the Grand Lodge, preparedness […]

By Auturo de Hoyos: Grand Archivist and Grand Historian of Scottish Rite Freemasonry. This important post was shared on his Facebook Page today. ** He has lived! The fruits of his labors live after him ** Like many of you, I watched the news last night as a mob pulled down and burned the statute […]

There are certain times in history which call upon Men, Women and Masons to dig deep and fight for freedom, for our lives and our livelihoods. It seems that throughout the year of 6020 A.L., we will all be tested and called to action, as we live through one of these marked periods of history. […]

March & April Stated Meetings Postponed due to the Wuhan Corona-virus.

A Message about Masonic Meetings Dear lodge leaders, I hope you and your family are safe and healthy and managing well through this current crisis.   The grand master and executive committee have been inspired by the number of virtual lodge gatherings happening on Zoom and other conferencing apps.  These gatherings keep us connected and provide […]

Attire, The History of how a gentlemen might clothe oneself?

While the Brethren of Texas Lodge no.46 being pioneers and cattlemen, have traditionally focused on a attire of a more perfunctory style, an interest in history is a common trait among Masons. As such, I thought it might be beneficial to share some historical context found while browsing the web. Many Lodges today, wear a […]

Lodge was Opened on the 1st Degree: The Stated Meeting of February was held on 2/8/2020 and began at 10:18am. The pledge of allegiance to the flag of our country was lead by the Master, who invited the citizens of the United States to join. Officers Stations: Were Filled by the Installed officers, with the exception of […]