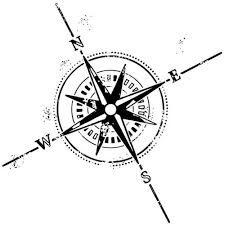 The Stated Meeting of January, was held via Zoom, on Saturday the 9th at 10AM, recent and fresh in its technology, but as it has been done since 1854. With all Brethren in attendance confirmed to be Masons, the Lodge was opened at 10:09AM. The Master Lead the Brethren in the Pledge of Allegiance to the flag, of our great nation.

Reading of the Previous Meeting Minutes:

No Bills were received, or presented for consideration

There were no applications for affiliation, or degrees.

The Worshipful Master Appointed 4 to the Board of Trustees:

Rich Goldstein to the Audit committee.

Brother John Densem gave an overview of the Hall Associations Audit Report, it is available for review in the archives, or Intacct.

The Inspectors annual audit known as the “review of books and records” report has been submitted, received, accepted and approved.

Our Worshipful Inspector BJ McQuiston noted that all elected officers have been deemed proficient for their positions.

At 11:18AM the virtual Lodge was closed, as outlined in the Stated Meeting Agenda proposed by the Grand Master of California.